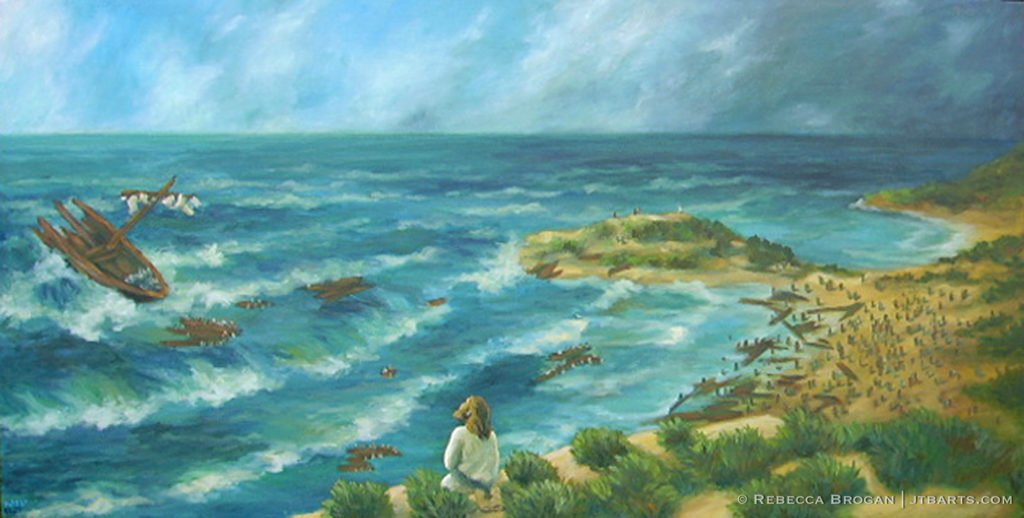 PrevPrevious5) Has The Bible Been Lost In Translation?
Next7) Has Science Disproved The Bible?Next

Because the Bible is a “religious” book and because it contains accounts of numerous supernatural events, many people tend to the view the Bible as a collection of legends rather than a historical narrative. However, both the writers and the recipients of the original texts of the Bible understood and accepted them to be accurate historical accounts, which were based upon eyewitnesses.

“Many have undertaken to draw up an account of the things that have been fulfilled among us, just as they were handed down to us by those who from the first were eyewitnesses and servants of the word. Therefore, since I myself have carefully investigated everything from the beginning, it seemed good also to me to write an orderly account for you, most excellent Theophilus, so that you may know the certainty of the things you have been taught.” (Luke 1:1-4)

In addition, it may also come as a surprise to some that various extra-Biblical accounts of Jesus (written by non-Christians) record that he performed miracles. What is even more fascinating is that some of these accounts were written by Jesus’ opponents who did not deny but rather acknowledged Jesus’ miracles and then tried to explain them away as magic or demonic. (In the Bible, the Jews who did not accept Jesus as the Messiah also acknowledged his miracles but then tried to explain them away as demonic in origin, similar to Jesus’ extra-Biblical opponents (Matthew 12:22-37, John 11:45-53)).

Many unbelievers assume that believing in God or Jesus is like believing in Santa Claus and that it must be taken in blind, unsubstantiated, faith–faith that runs in contradiction to reason or factual evidence. However, the fact is that Christianity is based upon historical fact and runs in perfect harmony with logical reasoning. These mistaken ideas about Christianity and Christians usually arise out of misinformed, false assumptions and, in some cases, bad experiences with various professing Christians or Christendom.

For example, the Mormons (The Church of Jesus Christ of Latter-Day Saints (LDS)) believe that Jesus, after his resurrection in Israel, visited the Americas. They believe The Book of Mormon is divinely inspired and an accurate historical record of the Native American peoples from about 2500 BC – 400 AD. However, there are numerous anachronisms in the Book of Mormon such as the existence of horses, elephants, cows, goats, pigs, steel, barley, wheat, chariots, silk, iron, swords, etc., in America prior to their actual introduction based upon the historical, archaeological and anthropological records confirmed by scholars, archaeologists and historians. In addition, to date, there has not been a single archaeological discovery that has validated any of the alleged historical records of the ancient American civilizations as recorded in The Book of Mormon.

In sharp contrast to The Book of Mormon stands The Bible. There have been numerous archaeological discoveries and extra-Biblical historical evidences that confirm the Bible’s accounts of individuals, geography, cultures, architectural structures, customs, governments, nations and events of the Bible.  Furthermore, to date, there has never been a single archaeological discovery that has contradicted anything in the Bible.

For instance, did you know that extra-Biblical sources have confirmed the existence of over 50 different people mentioned in the Old Testament of the Bible? (The Old Testament documents the time period prior to Jesus Christ, and the New Testament documents the history of Jesus and the early church.) Of these 50+ people, we have surviving likenesses of 12 of them (in ancient sculptures, relief carvings, etc.) In addition, did you know that 27 people mentioned in the New Testament have been confirmed through extra-Biblical historical records, of which we have 6 surviving likenesses?

In addition, I will briefly touch on the historical evidence in just 2 of the 27 books in the New Testament, Luke and Acts.  Luke wrote the gospel of Luke, which is an historical account of Jesus’ life, as well as the book of Acts, a historical account of the early church. As an ancient historian, he lists scores of cities, nations, individuals, rulers and places that have all been historically and archaeologically confirmed from sources outside the Bible. Amazingly, in just two verses of Scripture (Luke 3:1-2), Luke lists 22 historical facts that have all been confirmed by extra-Biblical historical references!

For further information about the historical and archaeological evidence for the Bible please see:

An online Bible-archaeology museum, featuring photos and brief descriptions of 50 archaeological finds relating to the Bible:

What Do We Know About Jesus from Non-Biblical Sources?

An article on what archaeology can and cannot do, as well as some of the archaeological discoveries which have refuted skeptics accusations against the Bible:

Does Archaeology Confirm or Deny The Claims of The Bible?

An excellent video that focuses on proving Jesus’ existence through extra-Biblical historical accounts. It cites direct quotes from these authors and also addresses skeptics objections (35:54).

Is Jesus Real? Non-Biblical Evidence of His Existence

A webpage with links to many videos about the authenticity of the Bible, including those which reference archaeology

Josh McDowell – Is The Bible Reliable?

The Case for The Resurrection, By Lee Strobel

An excellent documentary about the evidence for Jesus Christ (1:11:26):