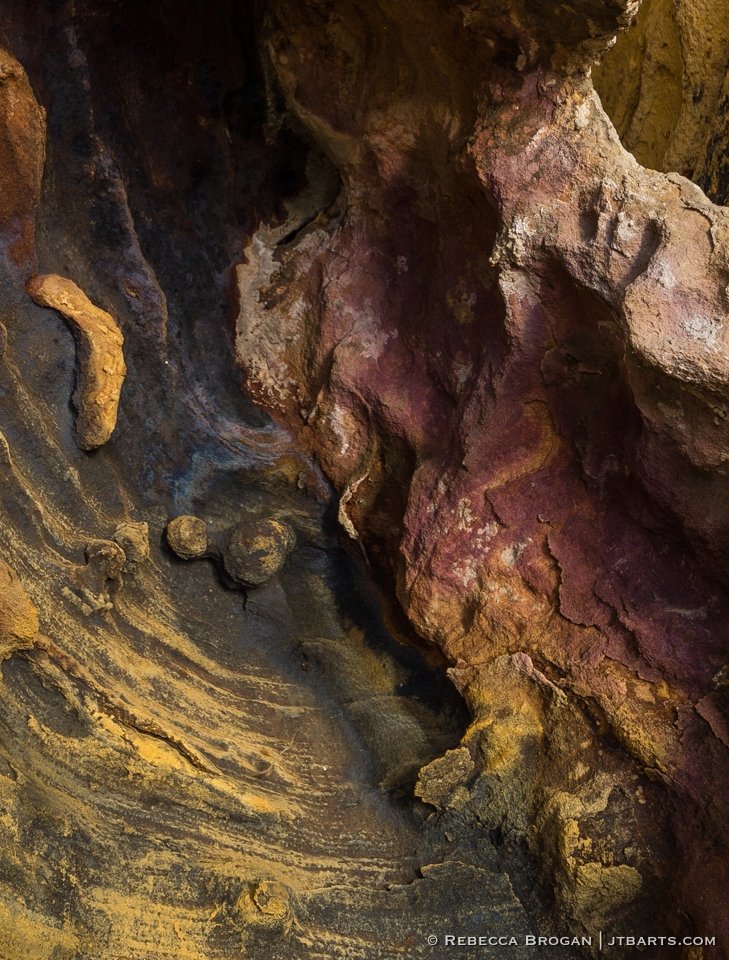 Chauncy Vale Wildlife Sanctuary in Bagdad, Southern Midlands, is one of the oldest private nature reserves in Tasmania. It is named after Nan and Anton Chauncy, who lived in the area during the early and mid twentieth century. Nan was a Tasmanian author who wrote about early colonial life in Tasmania, while Anton had a passion for preserving the environment. They opened up their land as a place for outdoor education for school kids.

Browns Caves aren’t so much traditional caves as they are deep recesses within the sandstone cliffs at Chauncy Vale. Water erosion and various sediments have caused many interesting and colourful structures within the caves, turning them into abstract natural art.