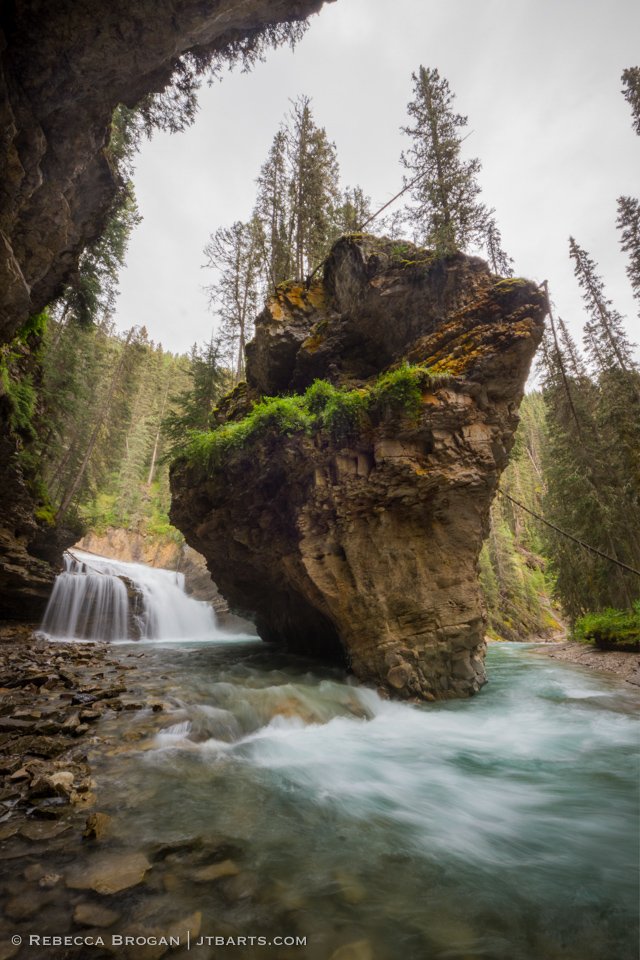 The walk through Johnston Canyon to the upper and lower falls is relatively easy and provides fantastic views of the raging mountain river down below. Johnston Canyon Upper Falls is a spectacular 40m (131′) waterfall in Banff National Park, while the smaller Lower Falls are also quite beautiful. Another photographer tipped my mom and I off to this special place in Johnston Canyon. I could’ve worked it photographically for hours, but I only had 45 minutes. There were so many more “National Geographic” shots I could’ve taken, and I hope one day to return and capture them.