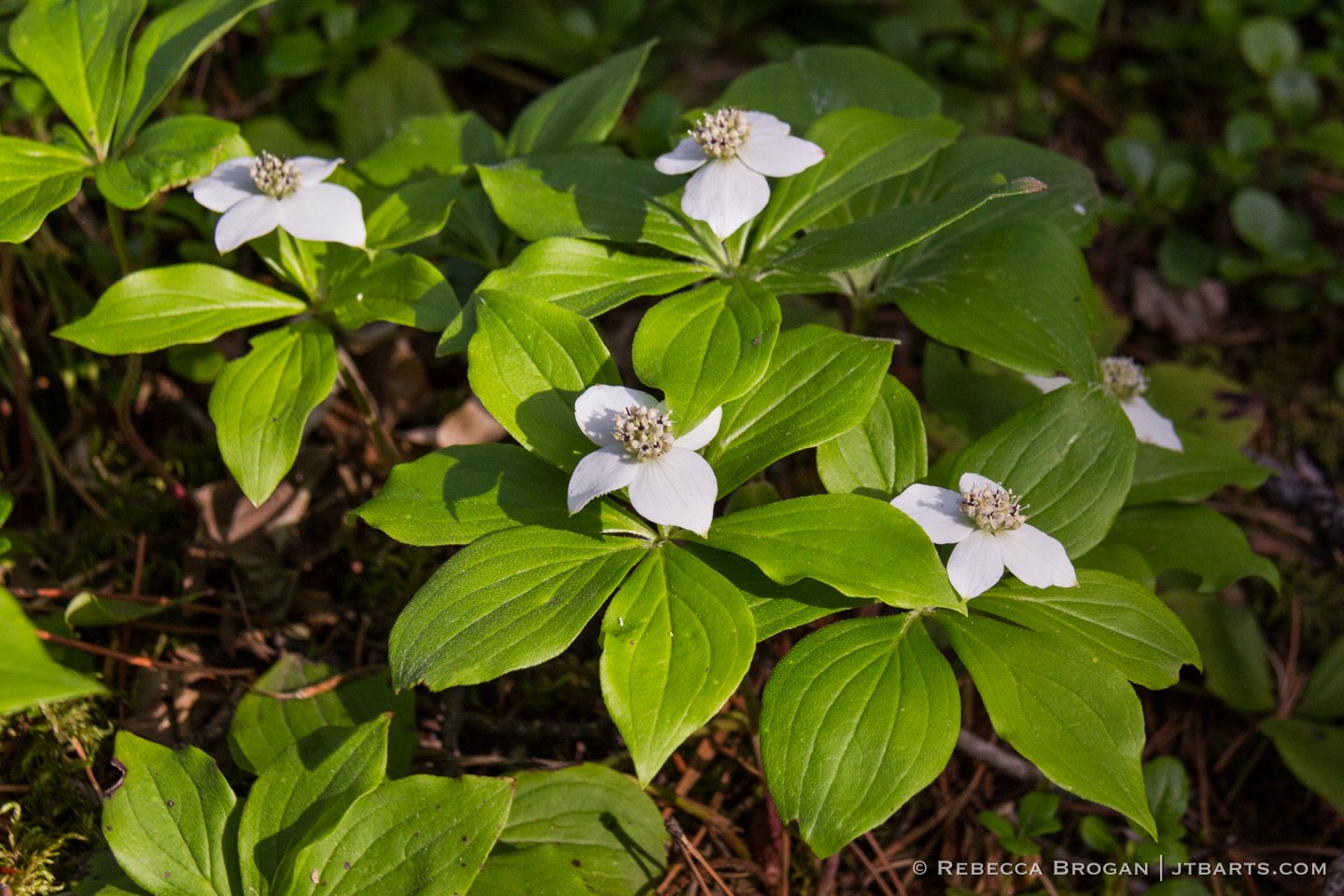 The light was falling beautifully on the patches of bunch berries (Cornus canadensis) along Lake Minnewanka. I donated blood to the mosquitos in order to bring this photograph to you.