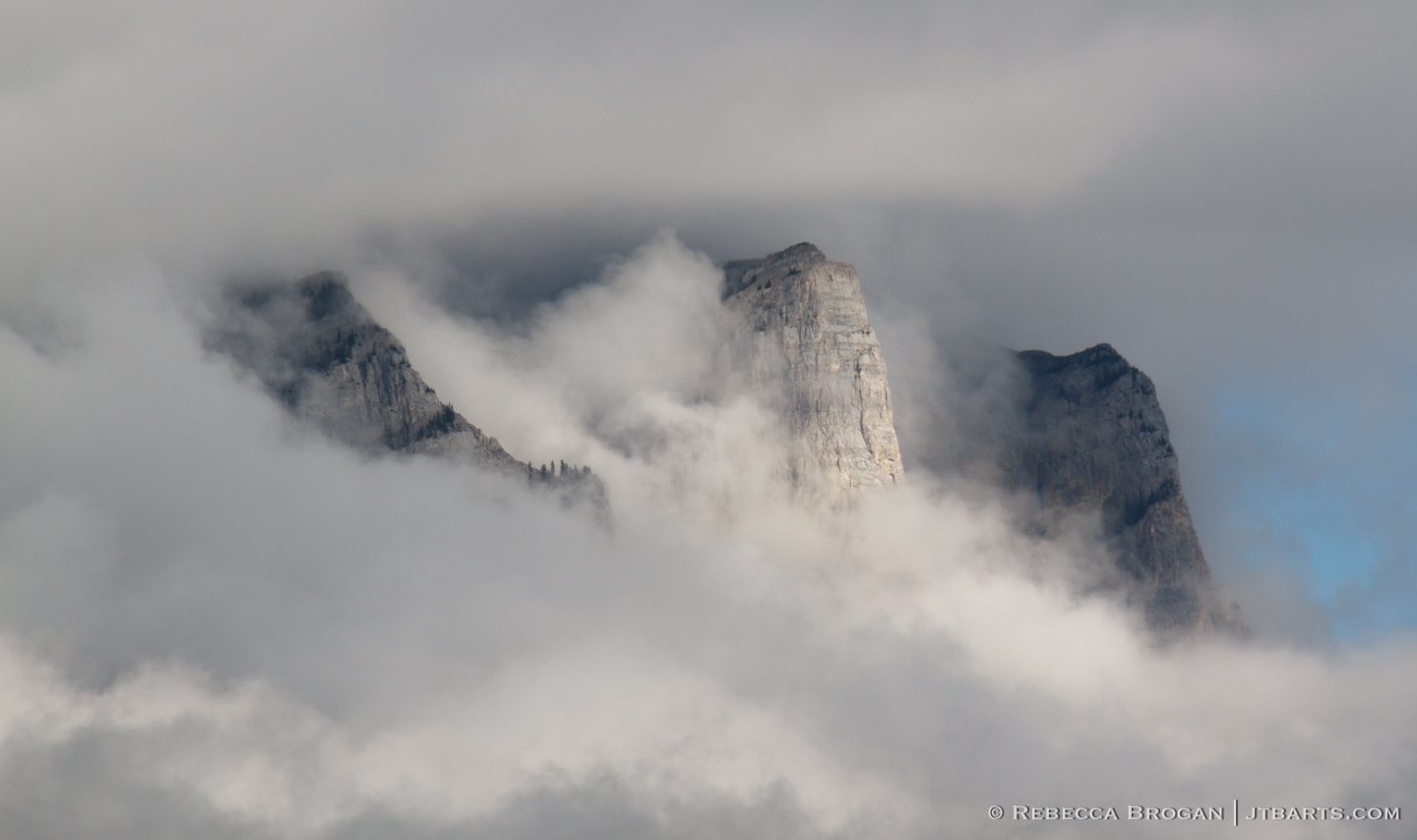 I was camping in Canmore one morning when my husband woke me up and told me I needed to grab my camera and photograph the clouds clearing over the surrounding mountains. We had had a rainstorm the night before, so the morning mist and clouds were thick. It was spectacular to watch them rapidly enshrouding and revealing the jagged mountain peaks over the next couple of hours.

When it was time for our family to pack up and move on, we had to visit the local grocery store in Canmore, which just so happened to have the most awesome panorama view of the mountains, including The Three Sisters. I was not ashamed to be a true photographer and stand on one of the concrete garden boxes right in front of the busy entrance to the grocery store in order to get the best view of the mountains. I’m sure all the locals walking past me thought I was a total tourist and complete geek, but I don’t care because look at these photos!