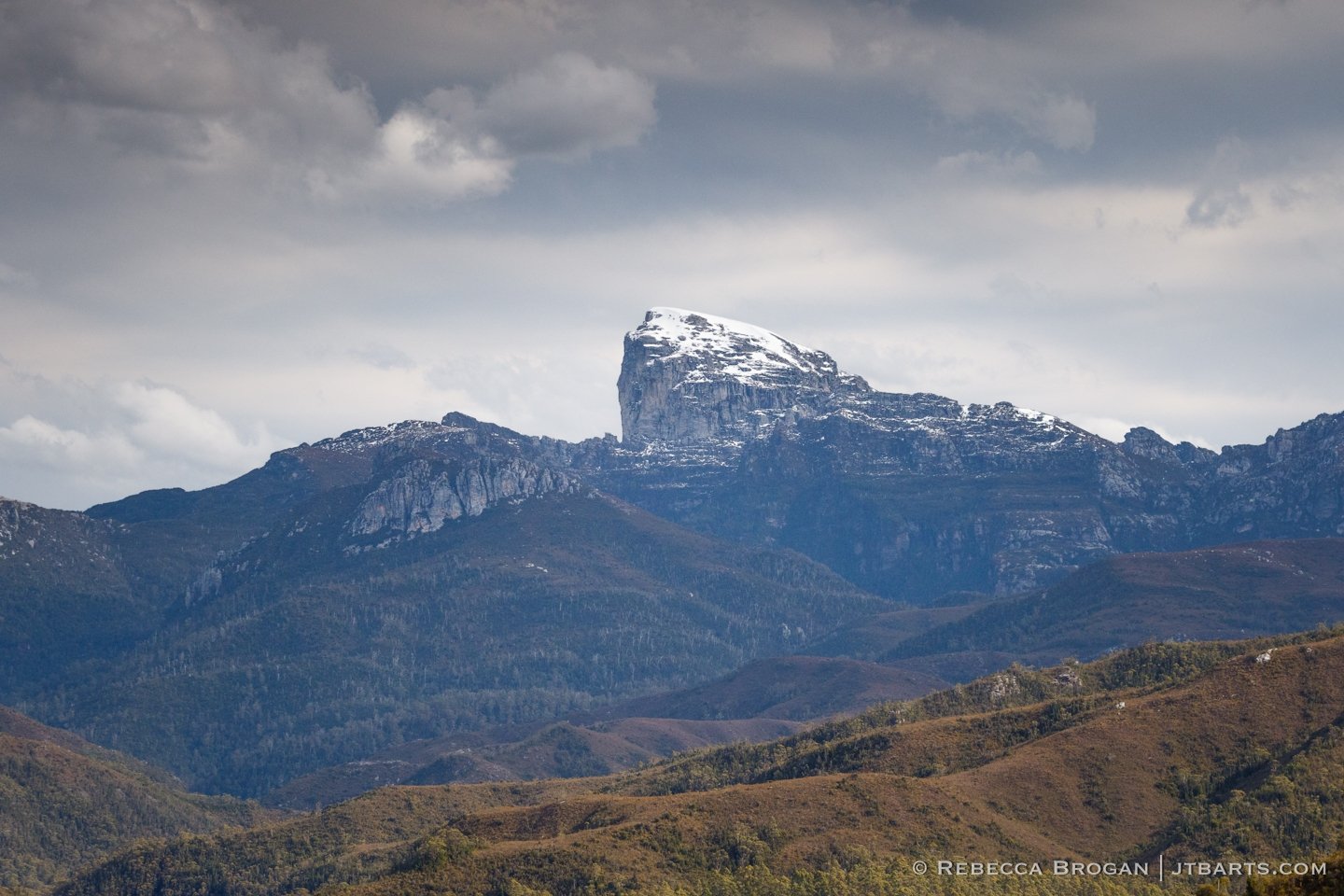 Franklin – Gordon Wild Rivers National Park World Heritage Area is the essence of true wilderness. Apart from a few short walks, most of the park is remote and inaccessible. Frenchmans Cap, a dramatic white quartzite peak with its 450m (1480′) vertical cliff, is the park’s most well known feature.

Donaghys Hill Lookout Track must not be missed on a drive through Franklin – Gordon Wild Rivers National Park. The track gently climbs through fern laden rainforest to a small ridge in the middle of a buttongrass plain. The 360 degree view from the Donaghys Hill Lookout is spectacular in clear weather (and fairly impressive in bad weather too). Frenchmans Cap (1446 m, 4744′) and the surrounding mountains form a beautiful jagged skyline, often with snow cover, while the Franklin River rages far below.

I first climbed the Donaghys Hill Lookout shortly after I moved to Tasmania and instantly fell in love with it. It became one of my favourite spots in all of Tasmania, and it still is. I have climbed it I don’t know how many times in every kind of weather, but I know it is rare to get a fully unobscured view of Frenchmans Cap. After I seriously got into Tasmanian wilderness landscape photography, a shot of Frenchmans Cap from Donaghys Hill was always on my hit list, but the clouds that frequently hang around the mountains in Tasmania’s West always ruined my attempts. Finally, I happened to be travelling through on a clear day, just as a weather change was about to hit. I was elated to finally capture this telephoto shot of Frenchmans Cap, despite very high winds shaking the lookout.