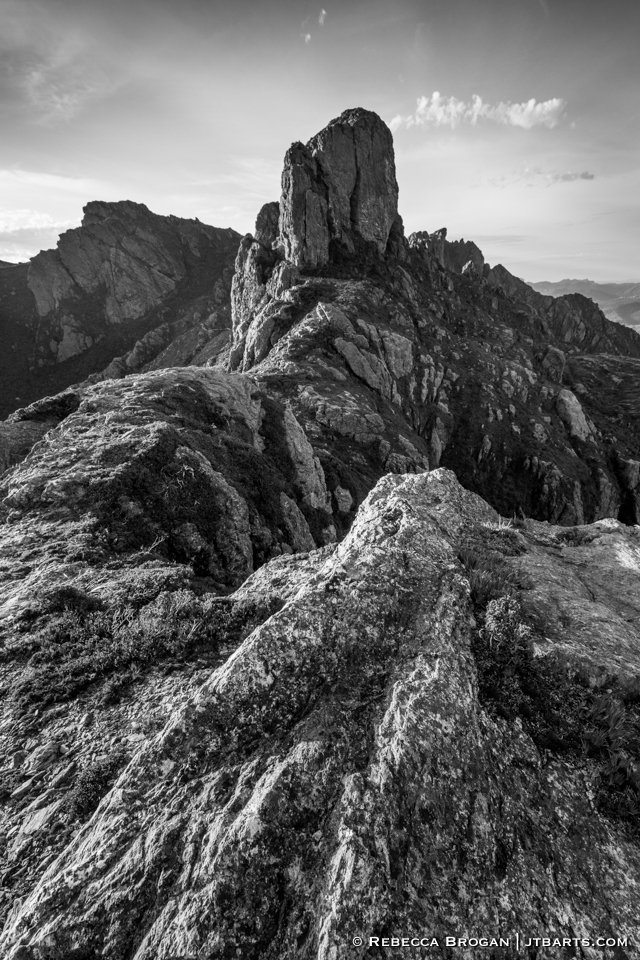 Lake Cygnus is the first notable camp site upon ascending Alpha Moraine up onto the range and, like the rest of the Western Arthur Range, it is photogenic in every direction.

“The LORD is faithful to all his promises and loving toward all he has made.” (Psalm 145:13)

“Blessed is he whose help is the God of Jacob, whose hope is in the LORD his God, the Maker of heaven and earth, the sea, and everything in them—the LORD, who remains faithful forever.” (Psalm 146:5-6)

To fully appreciate the story behind this photograph, please read the beginning of the story in “’Square Lake Reflections’: Western Arthurs Range Southwest National Park – TASMANIA”.

After my risky descent down the back of Mt. Hayes, and ‘walking on air’ as I traversed a cliff further on, I was extremely thankful to God for getting me all the way to Lake Oberon safely. As I walked back over these places again on my return journey, I praised God for his great faithfulness to both guide me and guard my life during my four day solo journey into the Western Arthurs.

At the end of my third day I arrived at Lake Cygnus, a welcome sight. Though the next day would be a physically demanding 18 km or something slog through deep M-U-D back to the trailhead, the more technically difficult sections of the Western Arthurs were behind me. I had so much for which to be thankful.

This photograph was taken above Lake Cygnus and is just one of many different directions I wanted to point my camera that evening. I was literally running in between shots that evening attempting to capture the magnificence of it all.

That night I reflected upon my entire journey, and despite the many inherent risks that come with solo, remote, alpine walking, God had faithfully guided me the entire way, fulfilled his promise to keep me safe and provided me with beautiful photos.

To me, this shot in particular captures the essence of this journey, for in the background one can see the track that leads safely down the Western Arthurs back home.

It was a journey of trust in a faithful God who faithfully keeps his promises.