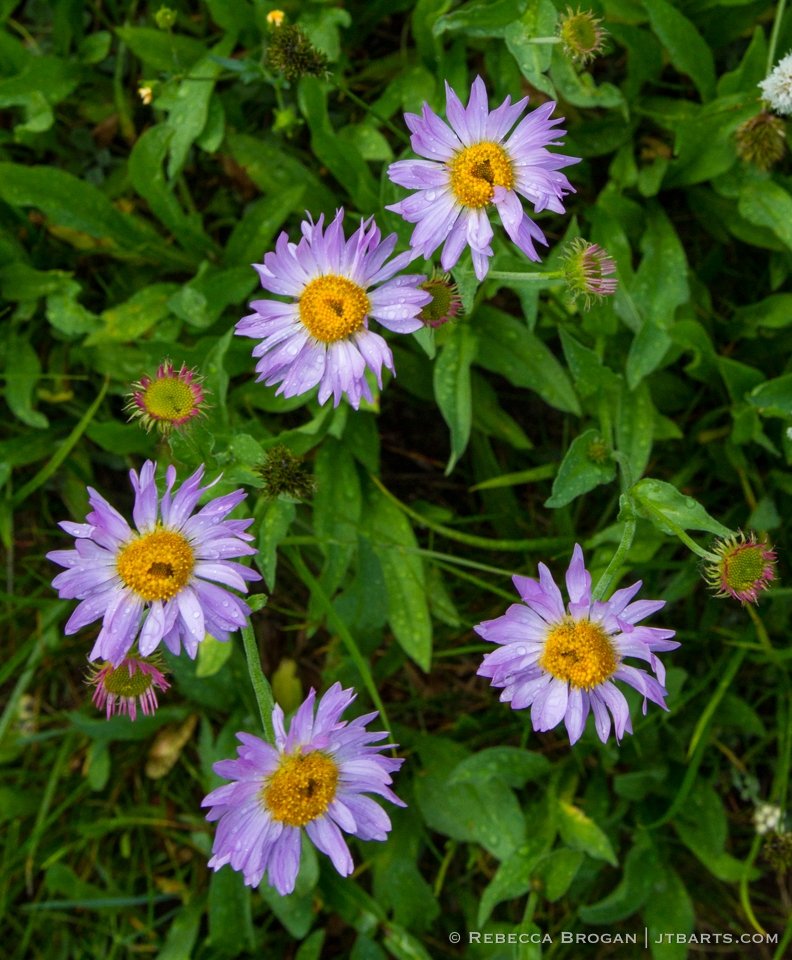 Innumerable wildflowers of every color, shape and kind blanket the valleys and riversides of Grand Teton National Park, turning it into a paradise on earth. These fleabane daises graced the North Fork of Cascade Canyon, and I photographed them just after a thunderstorm had come through.