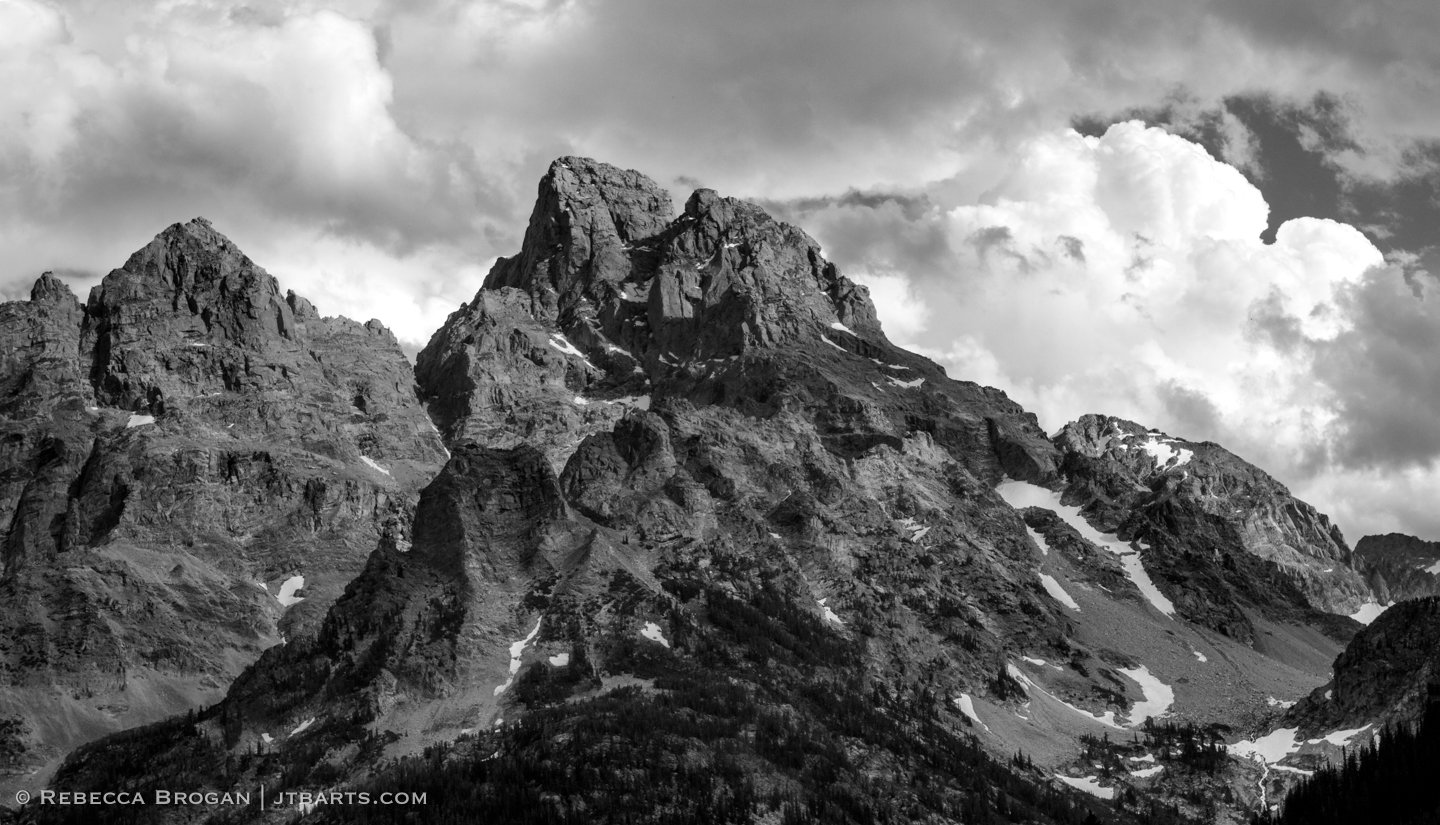 Grand Teton (13,775′, 4198m) is the highest peak in the Cathedral Group. This panorama photograph of Grand Teton peak was taken from the North Fork of Cascade Canyon.