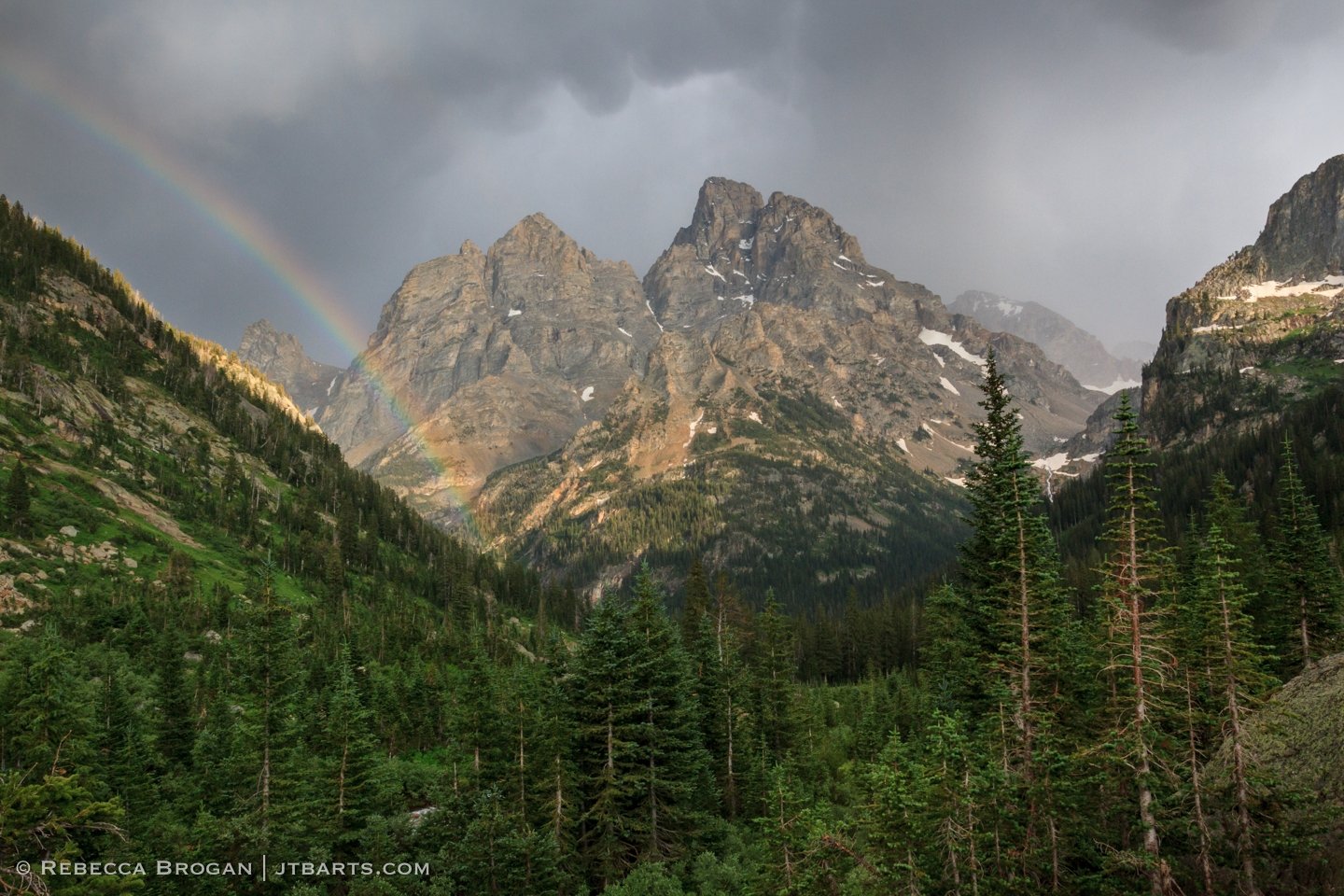 This panorama photograph of Grand Teton (13,775′, 4198m) and Mt. Owen was taken from the Cascade Canyon North Fork after a thunderstorm one summer evening. The setting sunlight piercing through the heavy storm clouds set a dramatic mood against the dramatic skyline of the highest mountains within the Cathedral Group. As the clouds eventually gave way to the light, a beautiful rainbow appeared perfectly in front of Grand Teton and Mt. Owen. I felt so blessed to be in the right place at the right time to capture this “National Geographic Moment”.