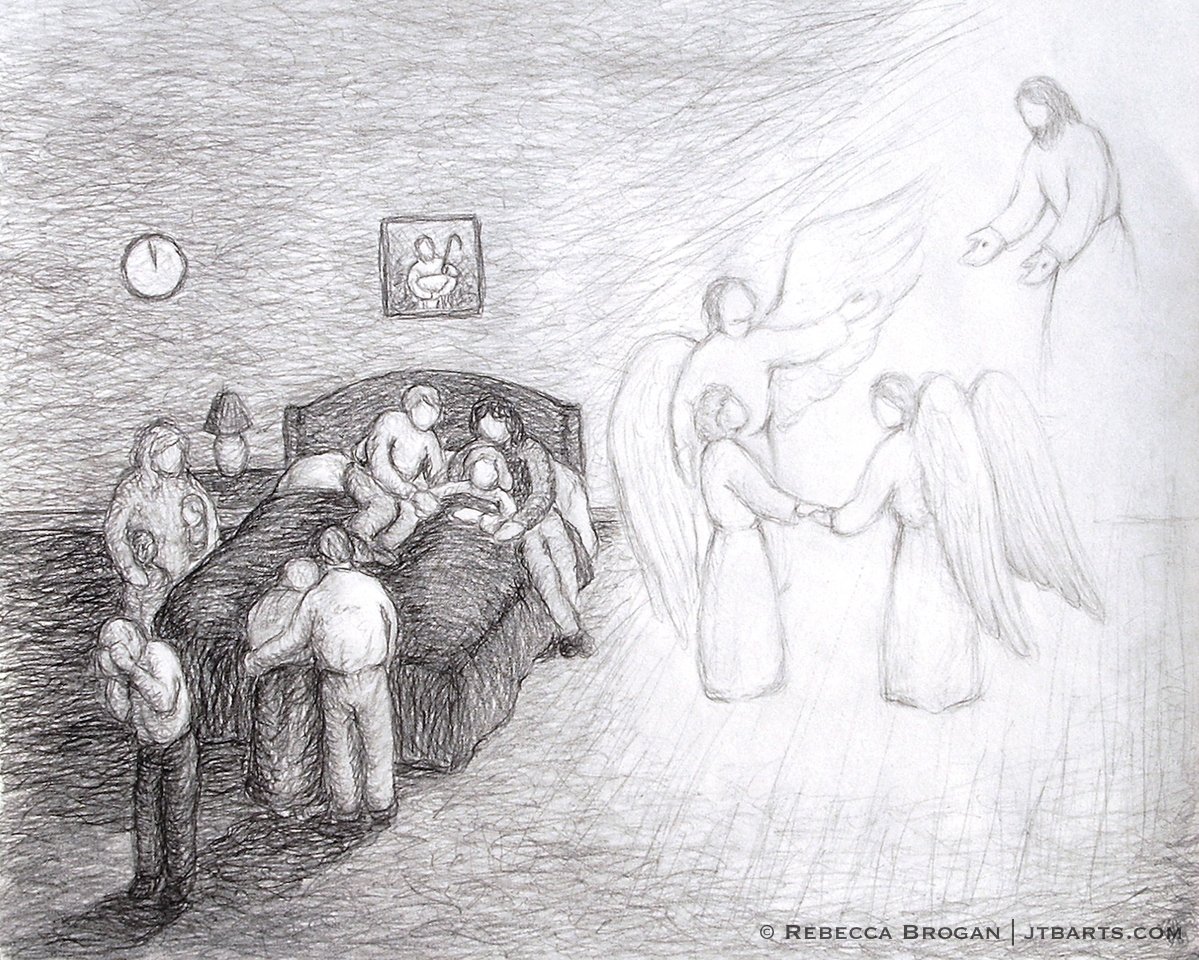 Death is a difficult subject to grapple with, but for the believer in Christ, it is filled with the joy and hope of resurrection and an eternity with Jesus. This quick sketch came out of my own experience in grappling with the death of my beloved grandmother who is now at home with Christ.