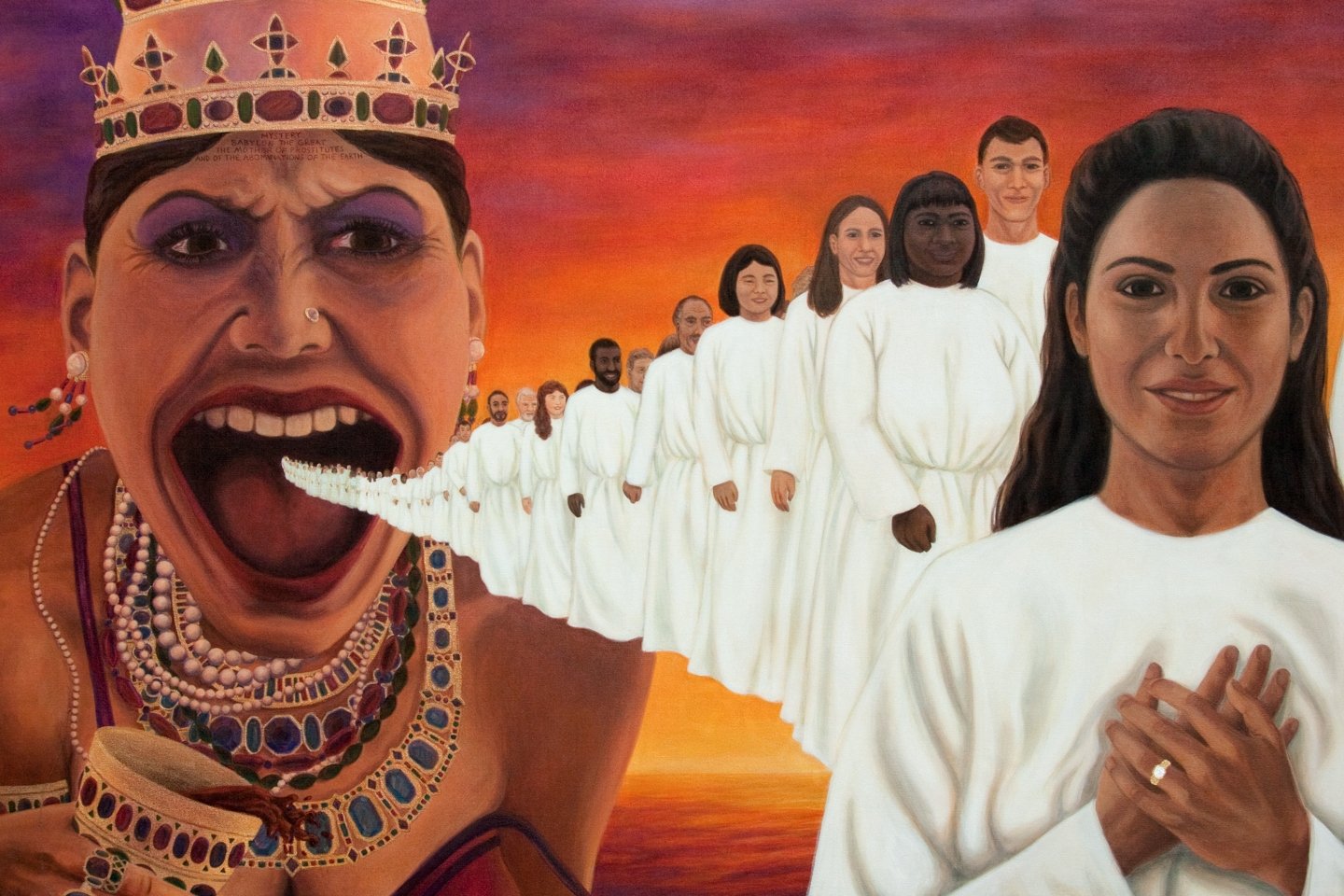 Signs of The Times Series

From the early days of the ministry of John the Baptist Artworks, I knew that one of its major purposes was to warn people about the nearness of the End Times and of the Second Coming of Jesus Christ. While Jesus said that no one knows the exact day or hour of his return (Matthew 24:36), he did warn us that we would be able to recognize its season (Matthew 24:32-35). The signs indicating that season are the fulfillment of Biblical prophecy (and the nearing of their fulfillment).

When we consider that Jesus fulfilled every one of the 300+ Biblical prophecies about the Messiah (Christ) at his first coming, we would be wise to pay close attention to the even greater number of Biblical prophecies surrounding his Second Coming. (See “Can You See Jesus Fulfilled Biblical Prophecies?” (Signs of The Times Series). Jesus warned that for those who are not watching, waiting and preparing for his Second Coming, that that day will close in unexpectedly upon them like a trap (Luke 21:34-35). That Day and even the days immediately prior to it will be one of unprecedented turmoil, devastation and destruction upon the earth. It will be a time of judgment and wrath for the unbeliever and a time of mercy and redemption for believers in Jesus.

It is my prayer, therefore, that God will use this Signs of The Times series of artwork to help all of us prepare for that Day so that it will not catch us like a thief in the night (2 Peter 3:10) and so that we may be spared from all that God is about to bring upon this earth on account of sin (Luke 21:36).

We must also understand the current season in which we are living, for it is a time where God is freely offering us his mercy and salvation. “The Lord is not slow in keeping his promise [Christ’s return], as some understand slowness. He is patient with you, not wanting anyone to perish, but everyone to come to repentance” (2 Peter 3:9-10). “For I take no pleasure in the death of anyone, declares the Sovereign LORD. Repent and live! (Ezekiel 18:32).

Today God is granting all of us the opportunity to be reconciled to him through faith in his Son, Jesus Christ. Those of us who forsake our sin and believe in Jesus Christ, the atoning sacrifice for our sin, will be spared from the wrath of God both in this life (when it is poured out during the End Times) as well as in the life to come. (See “Message”).

The Inspiration Behind the “Signs of the Times” Series of Artwork

The Lord first began giving me dreams about the End Times shortly after 2000. Although I had a sense that these dreams were significant somehow, I did not understand them at first, neither did I write them down. Like Samuel (Samuel 3), I was still very young in the faith and had not yet become acquainted with the Lord’s voice. Over the years, however, I have become a lot more acutely aware of when God is speaking to me through a prophetic dream. In addition to other ways, most notably the Scriptures, dreams have become a normal way which God has chosen to speak to me.

The Lord gives me dreams (Acts 2:16-17) for varied purposes: Personally warning me (Matthew 2:12) or encouraging me (Jeremiah 30:3-31:26), guiding me (Matthew 2:13), revealing my sin (Job 33:14-18) or to give me spiritual revelation or understanding in an area (Matthew 1:20-21). A certain number of these dreams have also revealed future events (almost all events pertaining to my own life or those close to me) (Daniel 4), many of which I have already seen fulfilled. The two most common reasons why God gives me dreams is to reveal my sin and to guide me.

Although my dreams are usually apparent in their message, the Lord has helped me understand many of the areas where there is symbolism (Genesis 41). The symbolism in my dreams from God (End Times and non-End Times) is usually pretty consistent with other dreams he has given me. In many cases the symbolism can be directly interpreted through the Scriptures. All that said, sometimes there are certain aspects of my dreams that remain a mystery to me. However, I have often found that as I grow in my understanding of God and especially as I see these prophetic events in my dreams unfold in real life, many of these mysteries are revealed at a later time.

As these End Times dreams began to increase in frequency, clarity, intensity and urgency, I began to record them. I believe God gave them to me for the purpose of personally warning and preparing me for the End Times and for Jesus’ return. They have radically impacted me and changed the way I live. God has used them to help me “…make every effort to be found spotless, blameless and at peace with him” (2 Peter 3:14) when he returns. To this day God continues to use them to save me from many regrets in how I live my life here on earth “…so that when he appears we [I] may be confident and unashamed before him at his coming” (1 John 2:28).

In the course of time I felt the Lord urging me to do a series of artwork that is largely based on these End Times dreams and how they have affected my life. I began this body of work in the mid-2000’s, and more pieces may be added in the future. I have named the series, Signs of The Times, alluding to Jesus’ words in Matthew 16:2-3, “When evening comes, you say, ‘It will be fair weather, for the sky is red,’ and in the morning, ‘Today it will be stormy, for the sky is red and overcast.’ You know how to interpret the appearance of the sky, but you cannot interpret the signs of the times”.

Jesus said this to those who failed to recognize and who refused to believe in the many signs which proved that he was the prophesied Messiah (Christ) at his first coming. I have applied these words to his Second Coming, as there will once again be many signs surrounding his return demonstrating that Jesus Christ is God’s one, true, prophesied Messiah, the One whom God sent to save us from our sins.

Lastly, I have never been a part of the “end of the world” band-wagon nor have I ever been involved in any kind of End Times hype (Y2K, 2012, Harold Camping, movies, books, world events, predictions, cults, etc.) My personal sense of urgency about the nearness of the End Times comes directly from the Lord as he has spoken to my heart through the Scriptures and through the End Times dreams he has given me.

Those who view this artwork and read what I have written about it should be mindful to keep these dreams within their proper, original context: They were given to me personally for the purpose of preparing me for the End Times and Jesus’ return. Others may glean off the messages of these dreams and the lessons contained within them, but they should NOT be taken as specific prophetic words addressed to the public or to the Christian community.

Furthermore, there are a number of different eschatological (theology of the End Times) views concerning the interpretation of the Scriptures and the timing of various End Times events. God has not called me to be a Bible teacher but to be an artist and proclaim his gospel. Therefore, in my writings about my artwork, my aim is not to teach specific doctrines nor to enter into debates but rather to faithfully present the main messages of the artwork and dreams. The Scriptures and doctrines I mention are those which directly pertain to my dreams, artwork, the inspiration behind them or the impact they have made in my life. Lastly, I would never claim to have perfect understanding surrounding every aspect of the Scriptures or the End Times. In my writings, I am presenting my opinions, which are based on the best of my current understanding of these matters.

And in the end……we may possess tremendous Biblical knowledge, but if our hearts are not prepared to meet Jesus at his Second Coming, then what good is it?

My prayer is that God will use this body of artwork to prepare our hearts.

In closing, the viewer should be mindful not to miss the whole purpose of this artwork by getting tangled up in doctrinal theories and over-analyzation of the dreams. Like Jesus’ parables, the messages of these dreams are simple…for those whose hearts are ready to receive them. It is good, therefore, to approach the artwork with an open heart and with open ears to hear the core messages in these dreams and paintings, which can be summed up in the simple statement of John the Baptist: “Repent, for the kingdom of heaven is near…Prepare the way for the Lord” (Matthew 3:2-3). 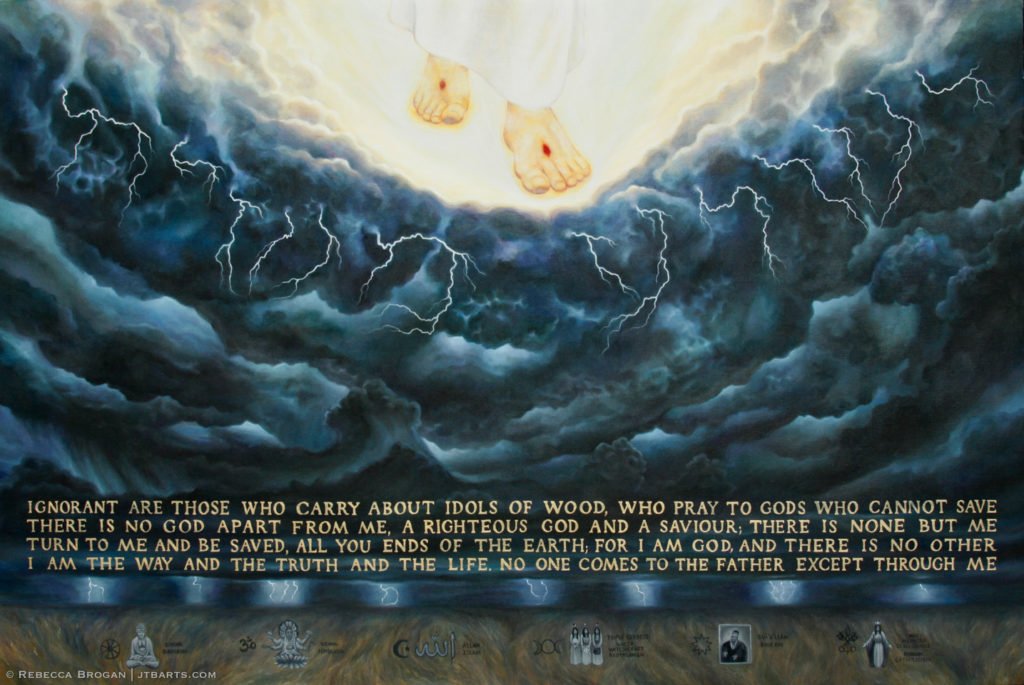 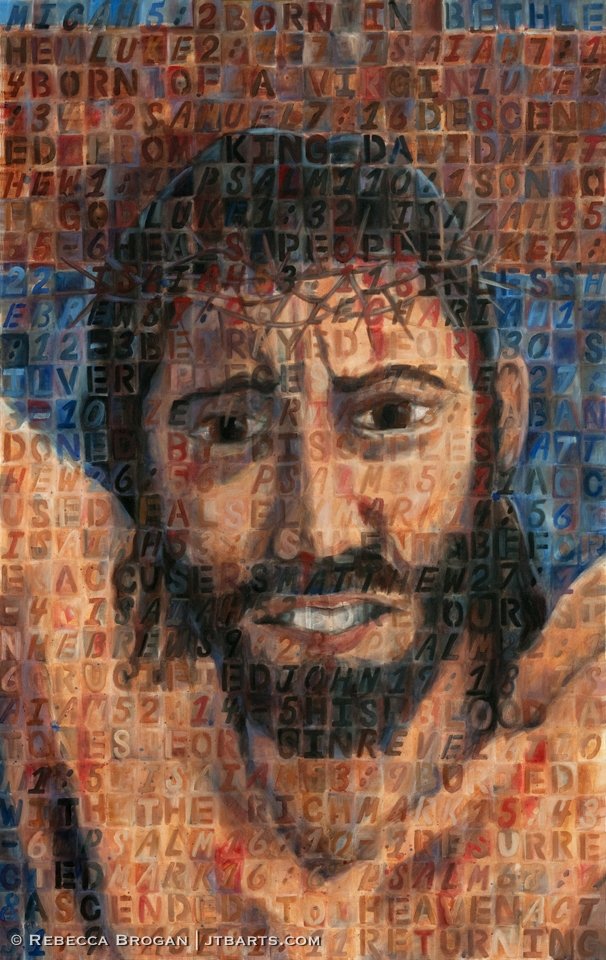 What Good Will It Be If You Gain The Whole World Yet Forfeit Your Soul? Please Listen To Me 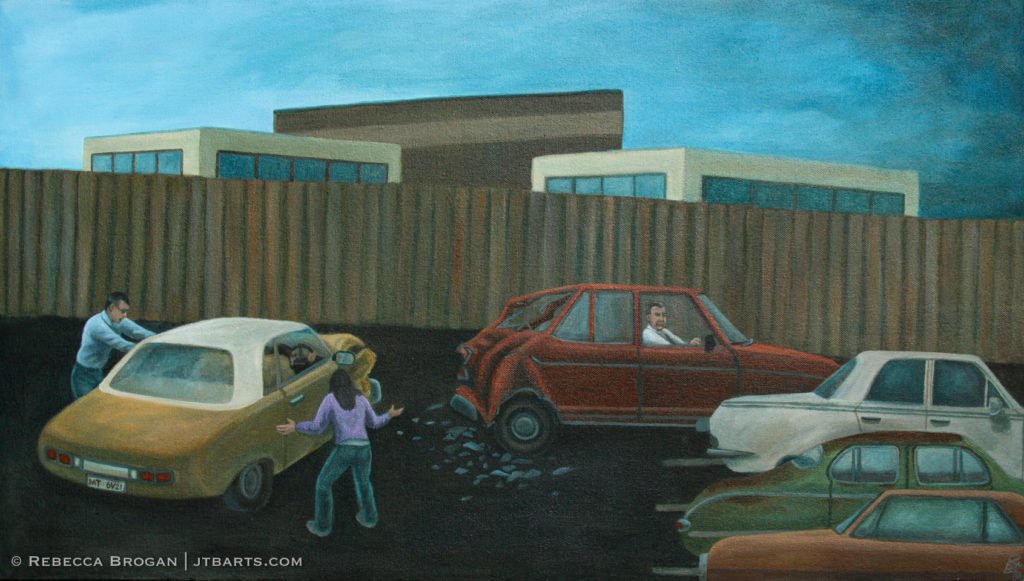 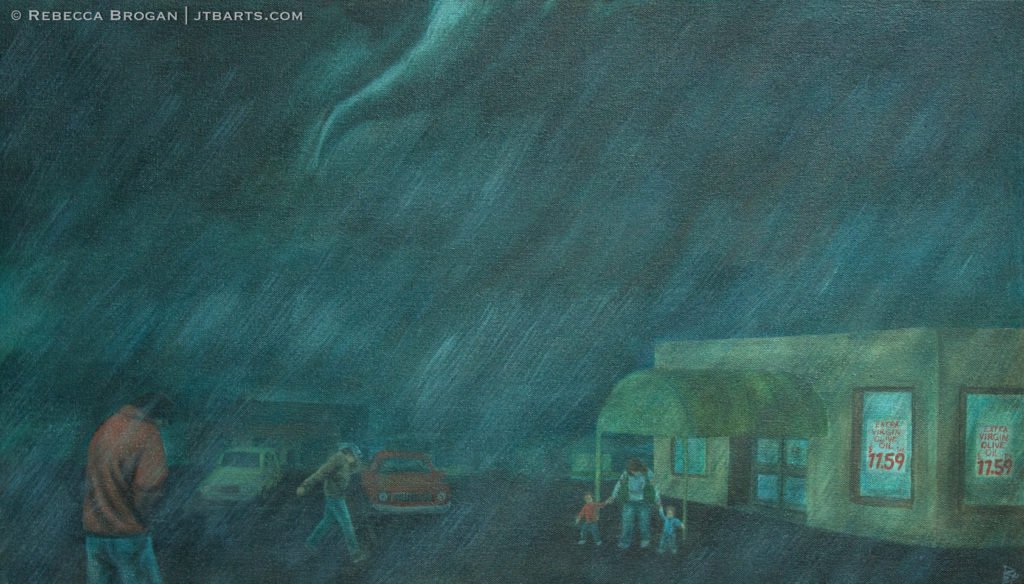 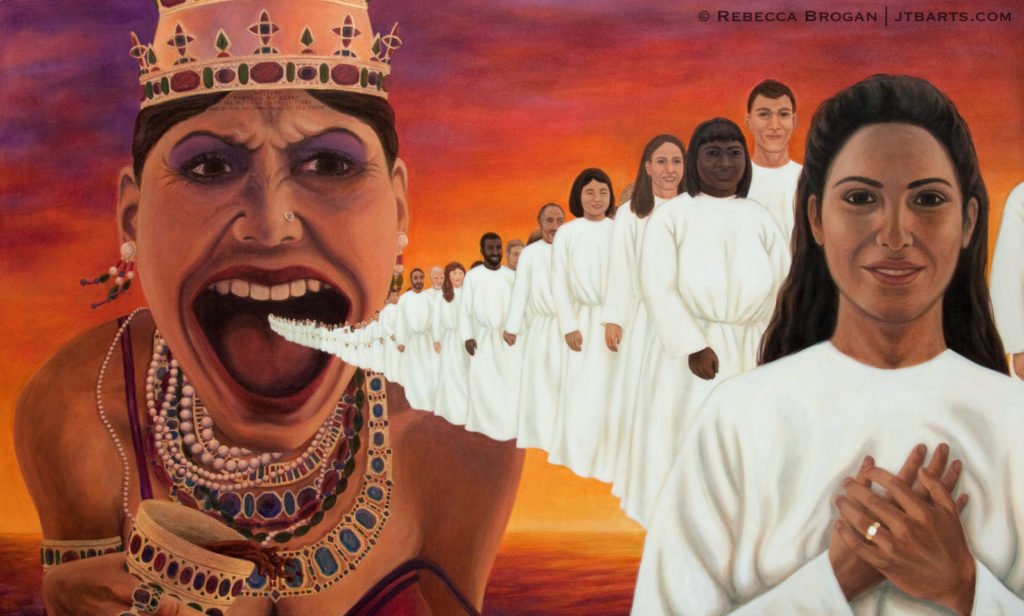 Come Out of Her, My People (Babylon The Harlot (Revelation 18) 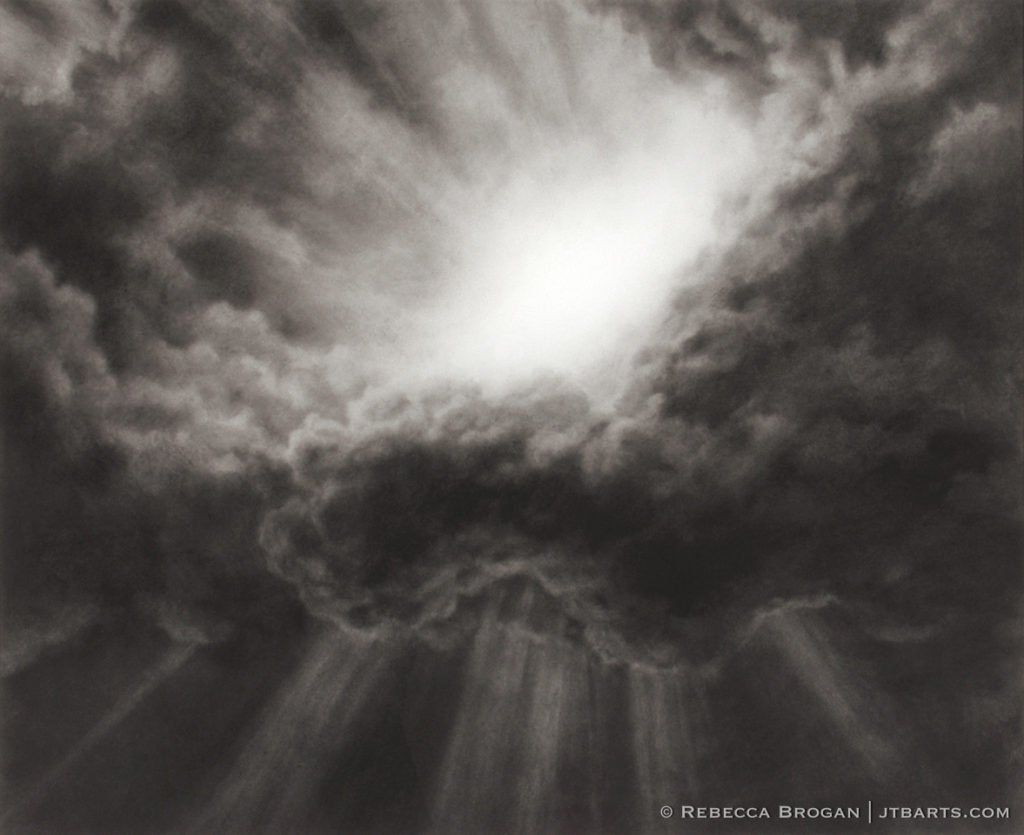 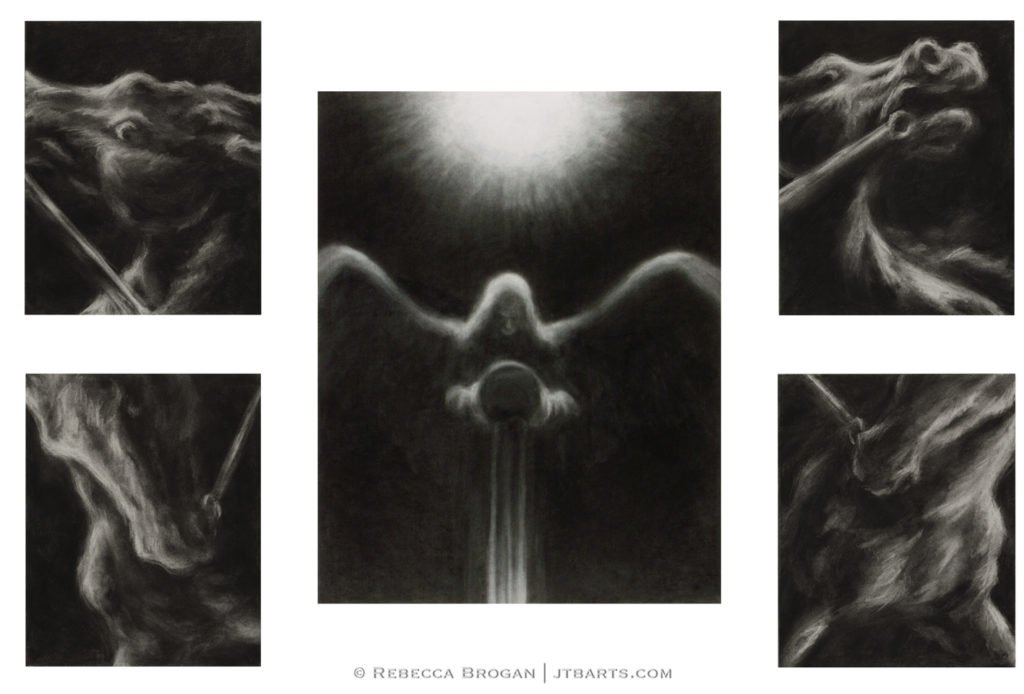 The Tribulation (Panel Piece Set of 5) 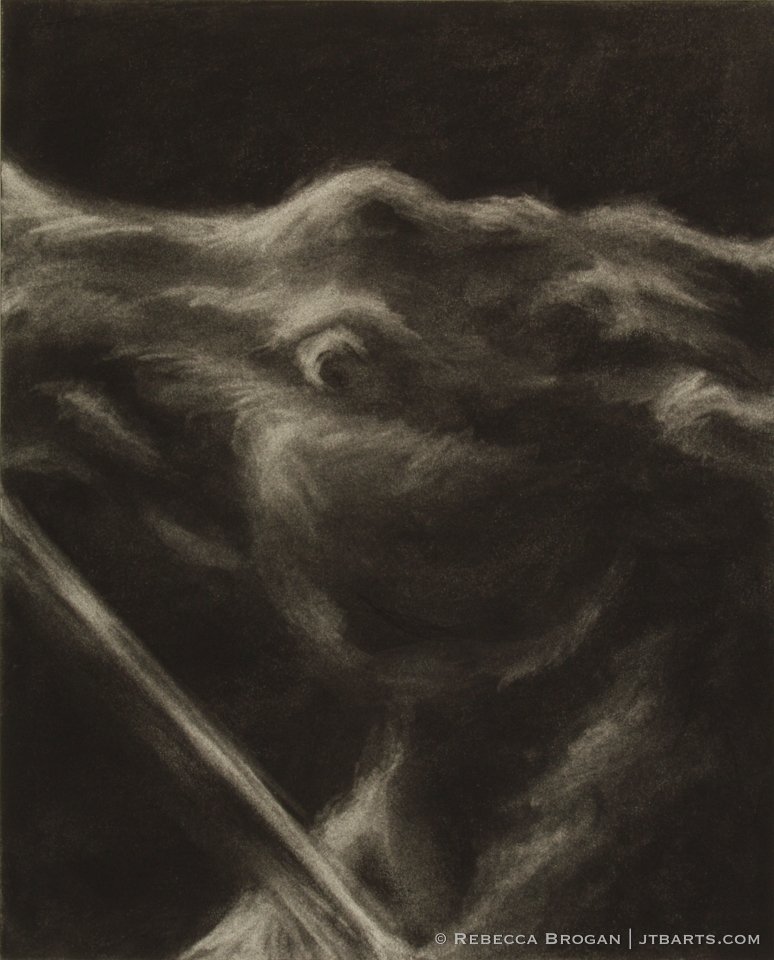 The Tribulation: The Four Horsemen of the Apocalypse – Conquest The Tribulation: The Four Horsemen of The Apocalypse – Famine 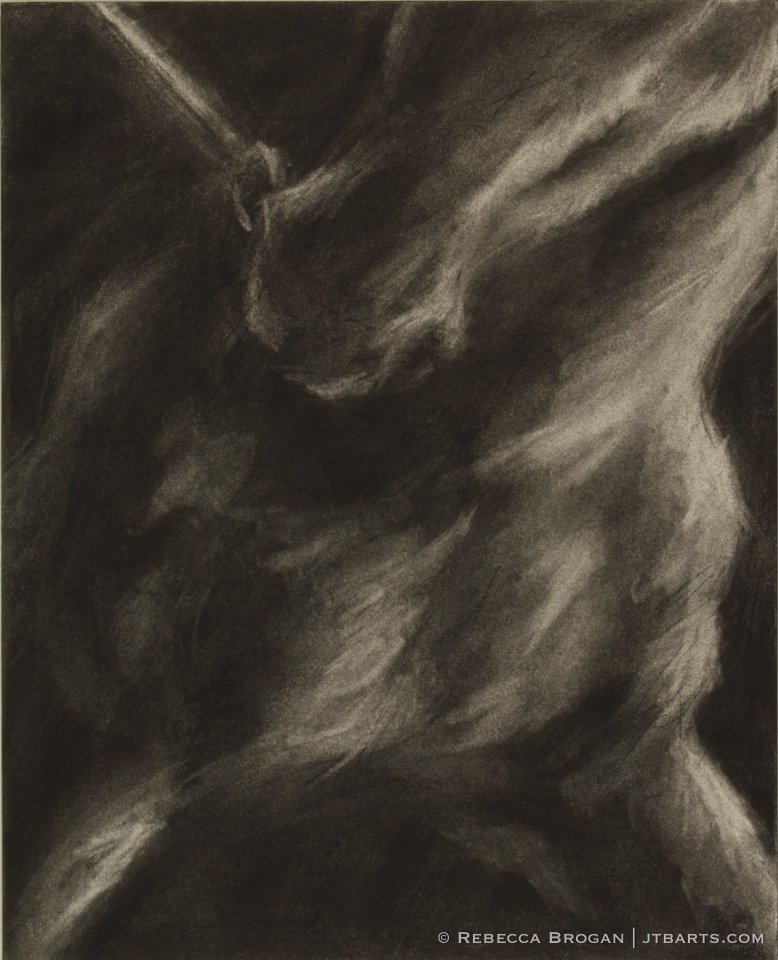 The Tribulation: The Four Horsemen of The Apocalypse – Death and Hades Today is The Day of Salvation (Panel Piece Set of 3) 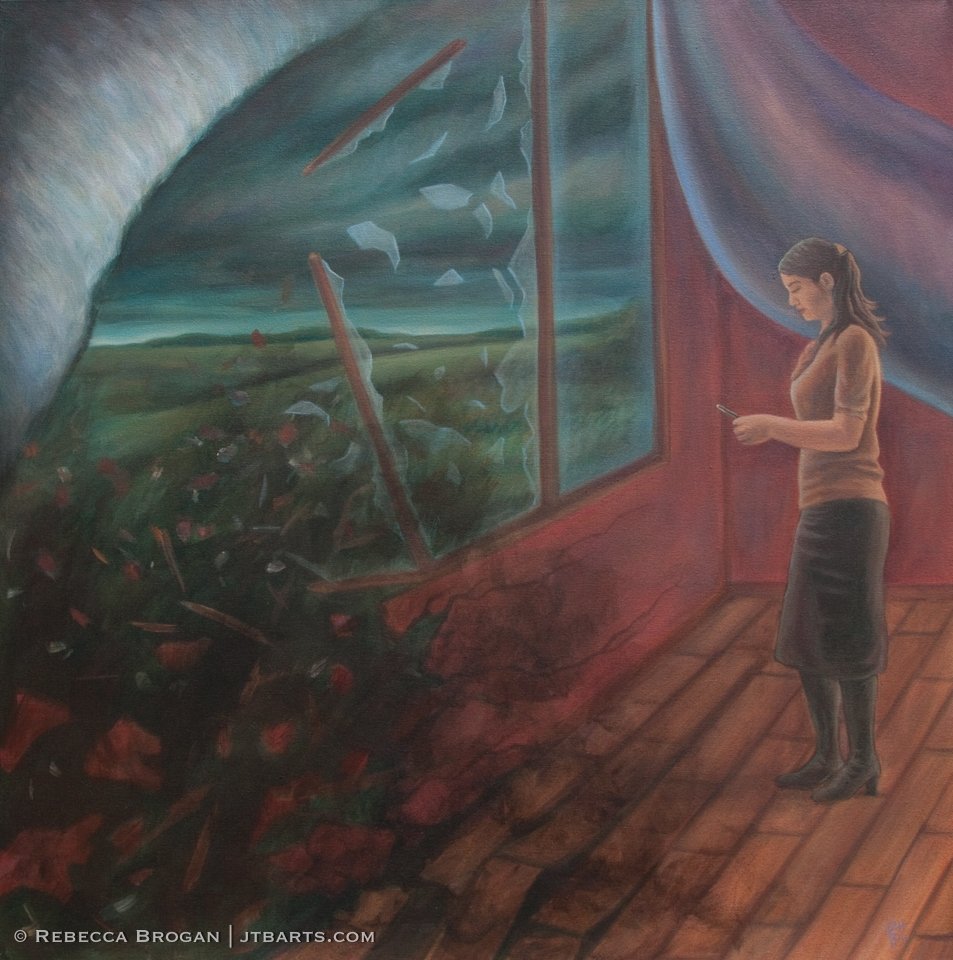 Today is The Day of Salvation (Left Panel) Today is The Day of Salvation (Center Panel) – 2/3