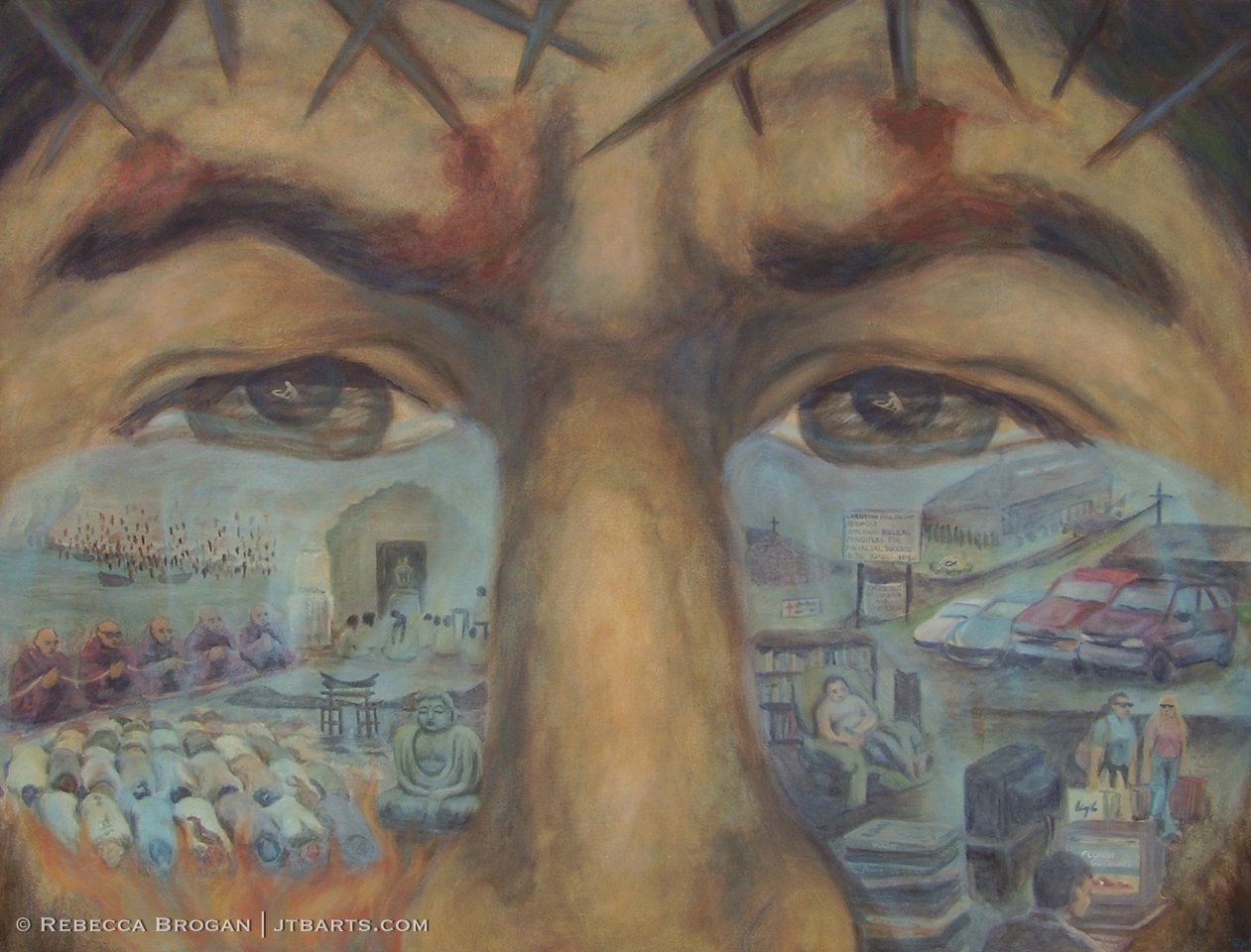 The Harvest is Plentiful but The Workers Are Few (Matthew 9:37)

CHRISTIAN FINE ART GALLERY > JOHN THE BAPTIST ARTWORKS SERIES > The Harvest is Plentiful but The Workers are Few (Matthew 9:37)

Death to self–to deny one’s self, to take up one’s cross and to follow Jesus is the way of the disciple of Christ. Jesus taught about this subject more than any other subject in the Scriptures. As we die to self, the spiritual fruit that is produced in our lives is greatly multiplied. This painting reflects the grief of Christ when his people choose to evade the cross and to live for themselves rather than for him. It also reflects God’s grief over those perishing while the church indulges itself in the pleasures of this life.

“When he [Jesus] saw the crowds, he had compassion on them, because they were harassed and helpless, like sheep without a shepherd. Then he said to his disciples, “The harvest is plentiful but the workers are few. Ask the Lord of the harvest, therefore, to send out workers into his harvest field. ” (Matthew 9:36-38)

I got the idea for this painting while I was very deep into prayer late one night. God was convicting me over my deep-rooted self-centeredness. I was deeply saddened when I realized what it was doing to my Lord and to others. “For everyone looks out for his own interests, not those of Jesus Christ” (Phillipians 2:21)

After I repented, the Lord Jesus became tangible that night, and I felt his presence fill the room. I saw him so clearly at that time, not with my physical eyes but with the eyes of my spirit. His Presence was very sweet and compassionate, and I could feel the immensity of his love being poured out onto me. At the same time, however, I felt that he was deeply grieved over two particular things.

The first was over the many, many perishing souls, and I remembered his words, “…the harvest is plentiful…” The second was when his people cling to self-centeredness. Again his words came to me, “…but the workers are few…”

If we believers would seek the interests of Jesus Christ rather than our own, how many more workers could be sent out to the harvest field? Our self-centeredness prevents us from denying ourselves that Christ may live through us and lovingly reach these people through us.

“I tell you the truth, unless a kernel of wheat falls to the ground and dies, it remains only a single seed. But if it dies, it produces many seeds. The man who loves his life will lose it, while the man who hates his life in this world will keep it for eternal life. Whoever serves me must follow me; and where I am, my servant will also be. My Father will honor the one who serves me.” (John 12:24-26)

“For as I have often told you before and now say again even with tears, many live as enemies of the cross of Christ. Their destiny is destruction, their god is their stomach and their glory is in their shame. Their mind is on earthly things. But our citizenship is in heaven.” (Phillipians 3:18-20)

May the Lord send workers out into His harvest field.

“‘My food,’ said Jesus, ‘is to do the will of him who sent me and to finish his work. Do you not say, ‘Four months more and then the harvest’” I tell you, open your eyes and look at the fields! They are ripe for harvest. Even now the reaper draws his wages, even now he harvests the crop for eternal life, so that the sower and the reaper may be glad together.’” (John 4:34-36)

To read about how God has saved people from around the world, see Salvation Testimonies.

Take Up Your Cross” (John the Baptist Artworks Series)