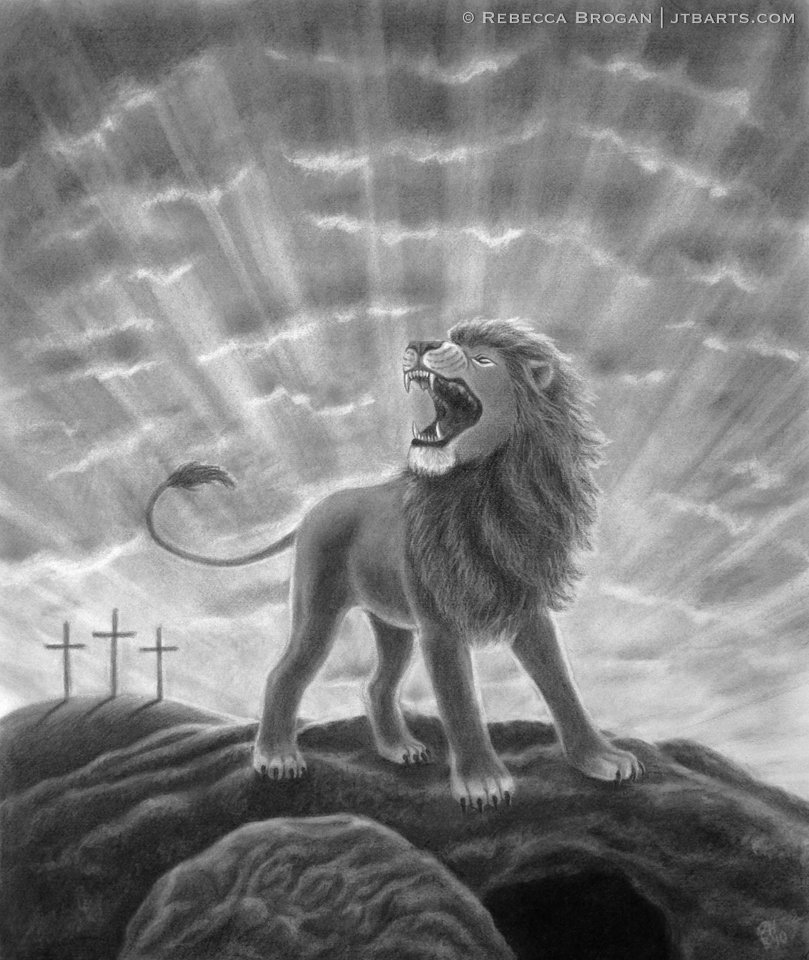 The Victory Roar of The Lion of Judah

When Jesus died on the cross and rose again, he conquered sin, death, hell and the devil! Hallelujah!!! This drawing depicts the mighty Lion of Judah roaring his victory over death (depicted in the crosses in the background). He also stands risen and triumphant directly over his grave.

There is only one way in which we can share in Christ’s victory over death and hell, and that is through faith in Jesus Christ as our personal Savior. (See “Message“).

I have hidden a word in this drawing which amplifies its meaning (below are hints if you can’t find it):

Hint 1: It is in the stone that has been rolled away from Jesus’ tomb.

And if you still can’t find it….